An adaptation begun in 1979! That year gave the world two graphic novel adaptations of the smash hit: ALIEN. One was excellent! This… was the other one. Decades later, it’s become a webcomic/blog.

“You Must Read This ‘Alien’ Graphic Novel Written in 1979” and “…a super underground graphic novel for the film. The result is all kinds of incredible.”—Peter Hall, Movies.com 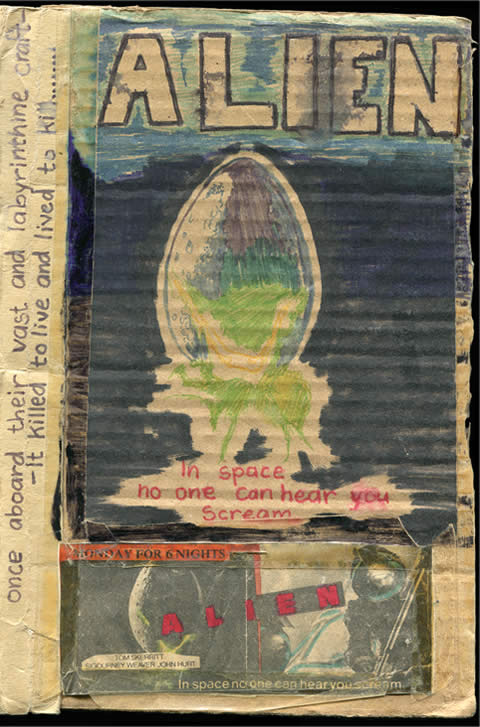 As an adult, I rediscovered the comic—just as I had with the ‘Star Wars’ movie adaptation and filled-in some of the gaps that I’d missed. Here’s a selection of the new, grown-up pages. (Reviews follow further down) 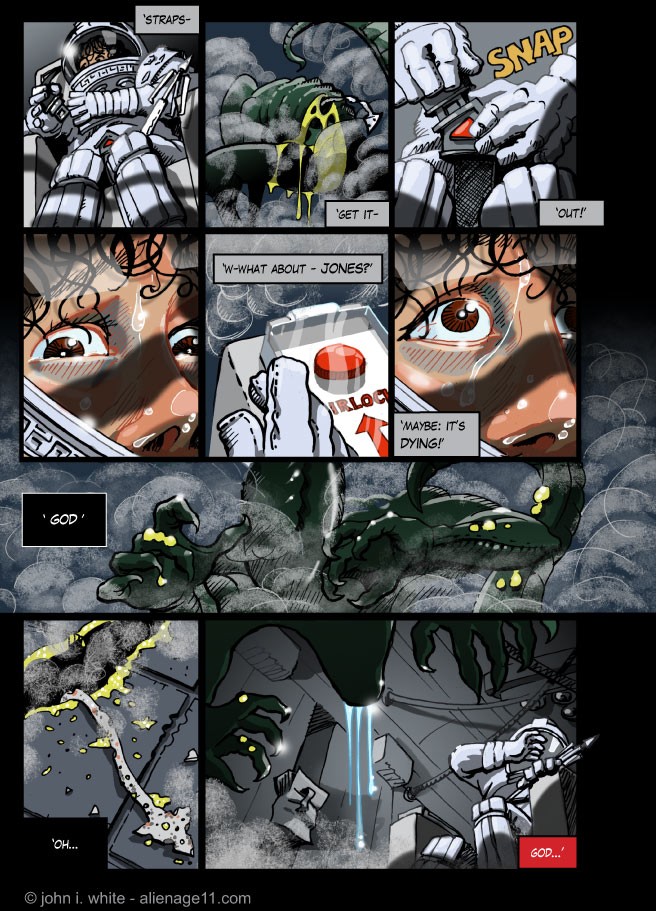 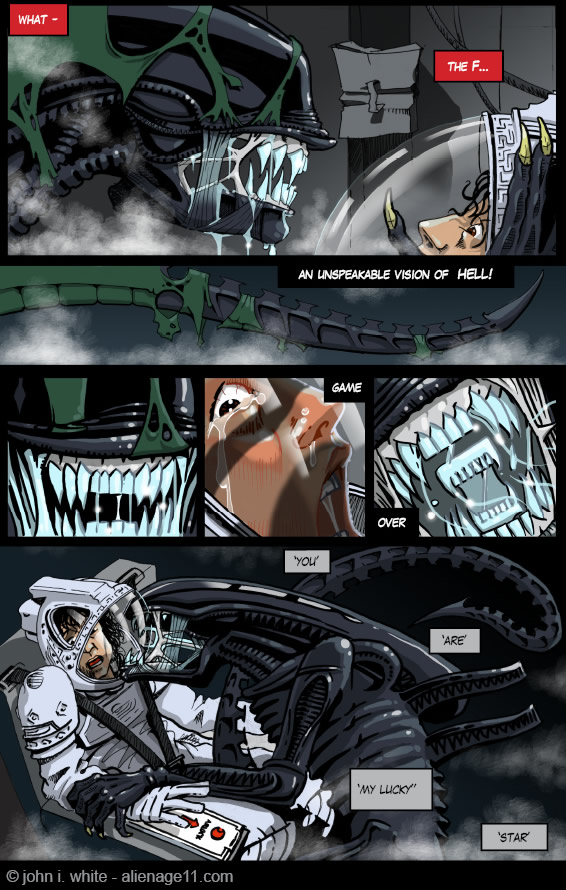 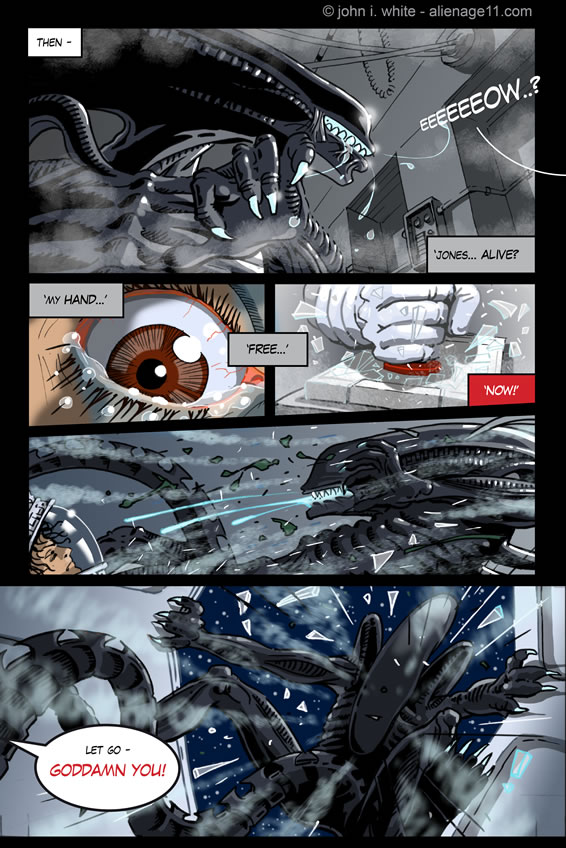 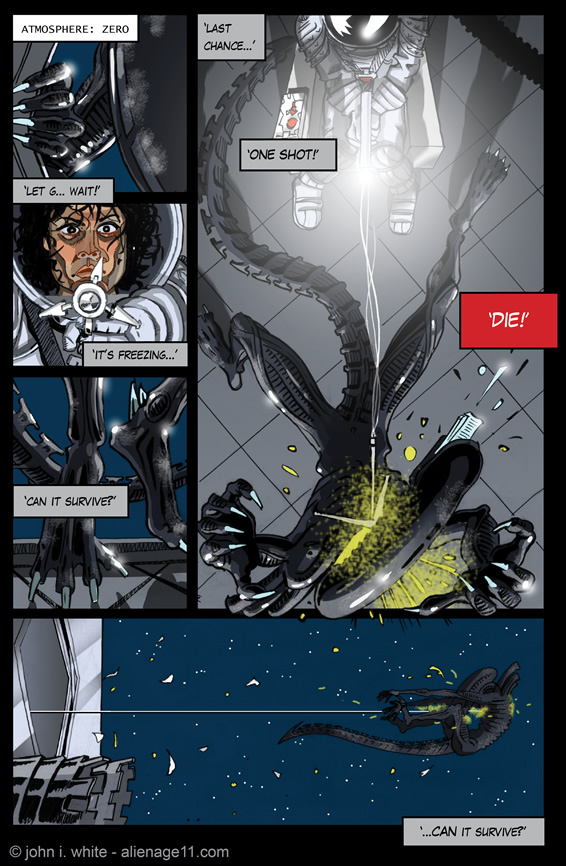 …in a small village in Ireland commenced work around late 1979. That’s 34 years ago. So, this movie adaptation was actually made, by a child, around the time that ALIEN actually hit theatres worldwide. But! – it was long before the I’d had actually seen the film itself. That wouldn’t happen for 3 or 4 more years.

It was done with nothing but an Alan Dean Foster novelisation with its few colour glossy photos as a visual reference, and a satire by Cracked Magazine that came out much later. I’d also had a few minutes to glance at my uncle’s HR Giger Movie Design book.

I’m working on it. I’m going to finish it if it kills me.

Peter Hall – Movies.com
“You Must Read This ‘Alien’ Graphic Novel Written in 1979”

“…a super underground graphic novel for the film. The result is all kinds of incredible.

As if this level of fandom weren’t already lovely enough on its own, what makes it all the more special is that White hadn’t actually seen any images from the film. He drew everything based on Foster’s description combined with a vague memory of seeing the cover of a book containing a glimpse of H.R. Giger’s style. From there, magic was made.” Full Review »

“Few adaptations are as raw, personal, and primal as this work by John I. White: an eleven-year-old’s graphic novel based on Ridley Scott’s “Alien.”

“The result is a bit of inspired goofiness that’s surprisingly fun. It’s the kind of unintentional manic comedy that only a child could create (which is awesome, obviously).”

“…why should we care, you might wonder? It happens that that comic (called a graphic novel, without any shame) has today regained the glory and fame it deserves, having been transformed into a webcomic. We thought you would have been happy to know.”

This is how the new pages started off—with rapid sketches. (as a kid, I never roughed out anything, but just dived straight in). To get a more up to date look at my comic production process see here, on my Between * Wars webcomic blog » 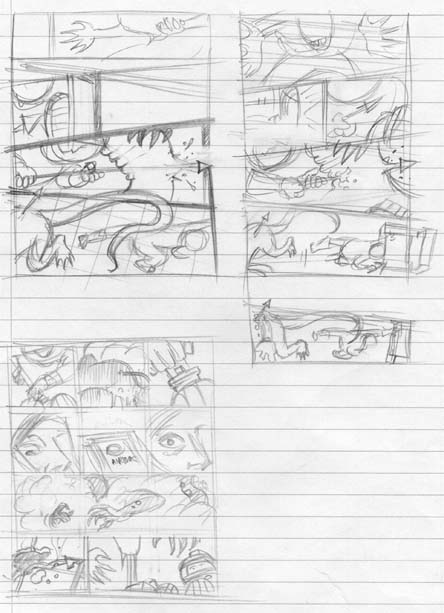 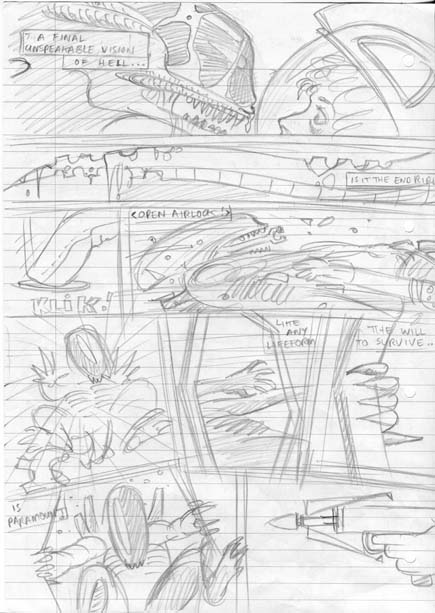 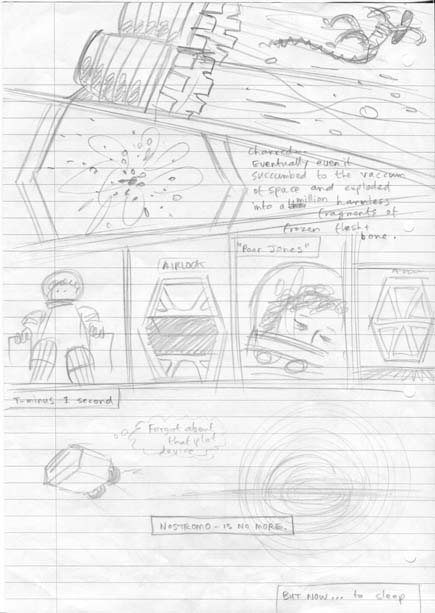 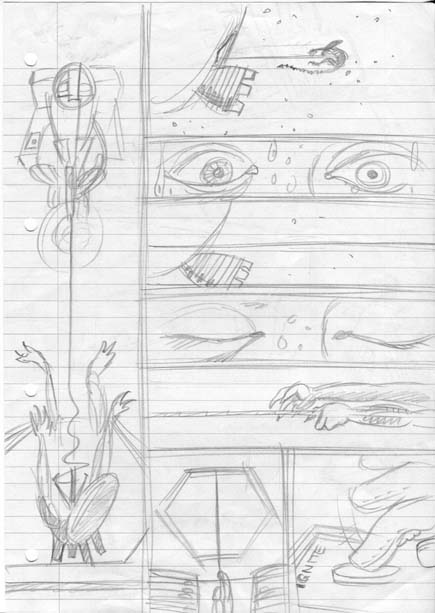 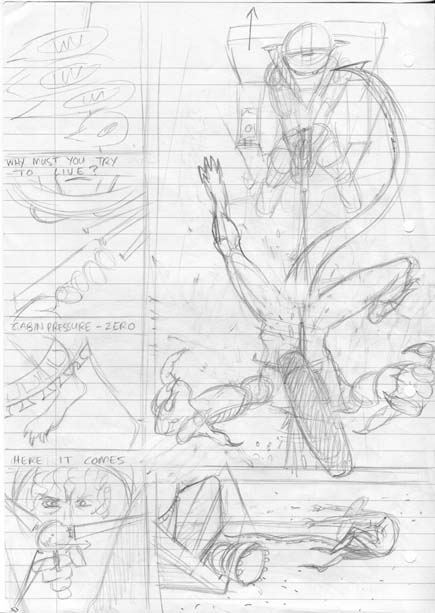 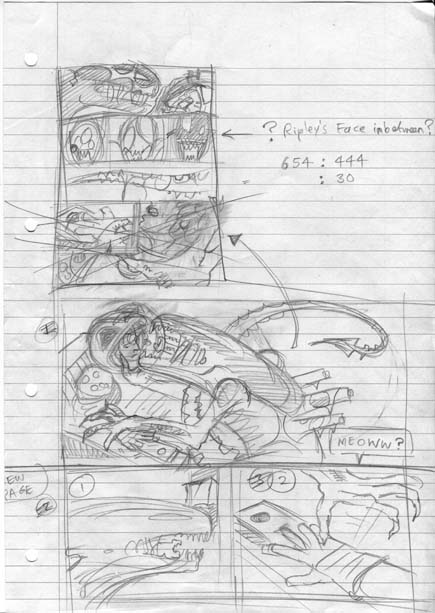 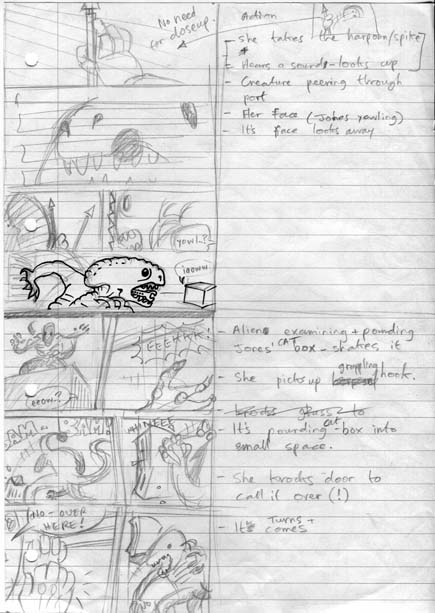 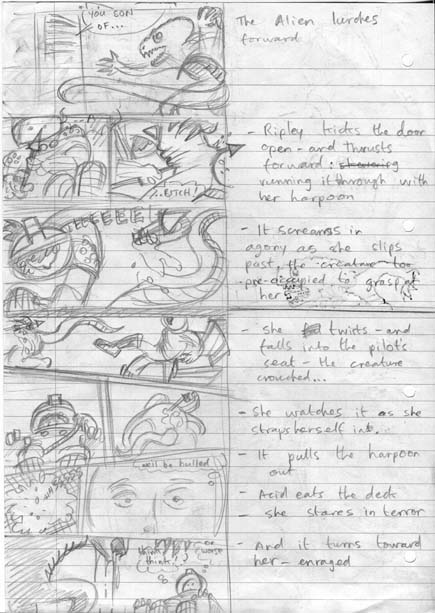