An adaptation begun in 1977, now with new grown-up pages, it’s become a popular webcomic and blog. “I love it!”—Mark Hamill

Around Christmas 1977 I began drawing my own adaptation of the film. The early results were peculiar, but it was fun and some consolation for only seeing it once. Some bits of the film were missing from the old comic, so, 4 decades later, I’ve filled in some. I’ve even had it autographed by some of the original cast! 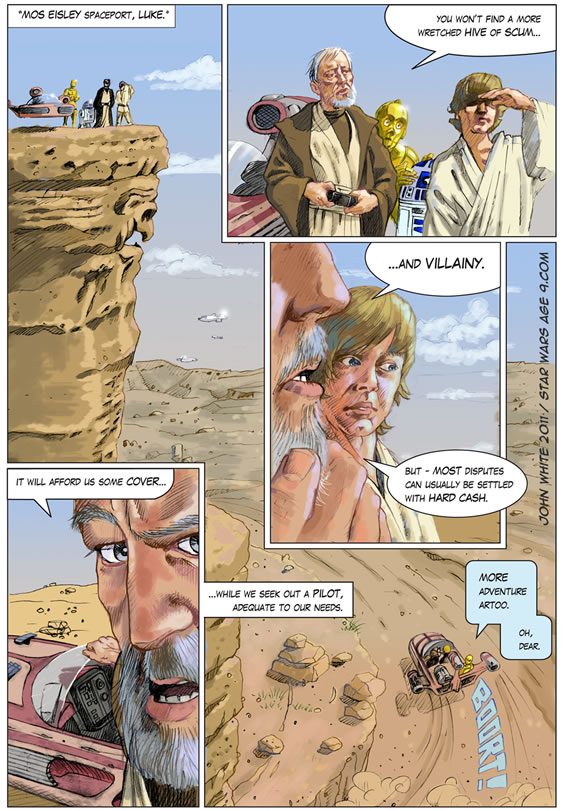 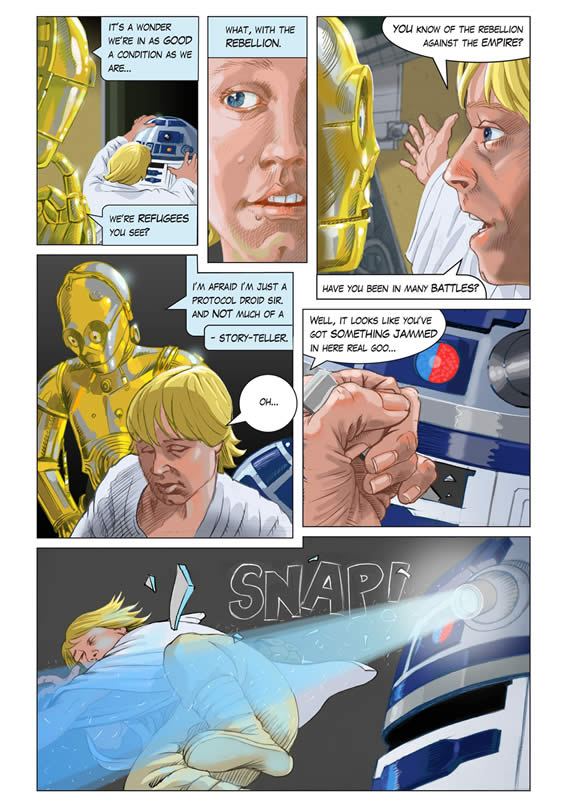 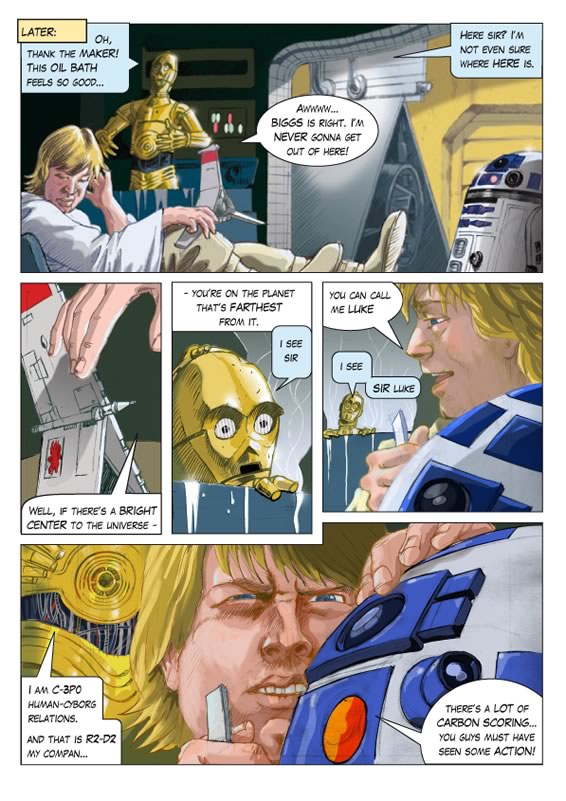 “Love it! Lucky the Princess was so attractive, there weren’t many females to choose from in that galaxy, far, far away.” Proof

“…it’s a fascinating and often hilarious insight into the mind of our younger selves. Star Wars: Age 9 (…) is the product of one of those rare geniuses that this world is lucky enough to have to keep life interesting!”

“(…) it let loose torrent of memories of being a comic nerd in the nether-years. (…)”