Illustration for the Sunday Independent. Based on Fiona Sherlock’s poem ‘The Serpent of Dundalk.’ As part of the newspaper’s ongoing coverage of Brexit.

I started by sketching directly onto the print-out of Fiona’s poem and making notes and underlining key passages and phrases. There are two voices in dialogue in the poem: the Millennial narrator, and the border itself. Fiona’s poem made references to ancient celtic Ireland and also to the pre-Good Friday Agreement Ireland, with its terrorism, smuggling and organised crime. In the full-size pencil version submitted to the editor, these negative aspects are directly shown—but with the intention of ghosting them back. It was approved, but then the editor had second thoughts about those negative Troubles aspects. It probably would have made for a more cluttered image anyway—combined with the text.
The sword motif, as referenced in the poem, was a strong one for me. Initially I sketched it though the heart of the serpent/border, but the editor suggested that the serpent only requests a sword through the heart. The poet herself, liked the alternative dangling Sword of Damacles approach. I’d considered making the sword hang obliquely, in dramatic perspective, but I thought it would be too dominant and too big for the overall composition.
The editor had initially suggested that the piece might be laid out as a tall narrow block on the page, and I immediately imagined the serpent/borderrunning from top to bottom, curving left-right-left-right, with the text creatively wrapping along its length. But in doing that, we’d lose the actual contours of the Republic/Northern Irish border itself! Discussions with the editor, designer and poet were very helpful in establishing the layout, compostition, elements and overall tone.
Visit Fiona Sherlock’s blog here > 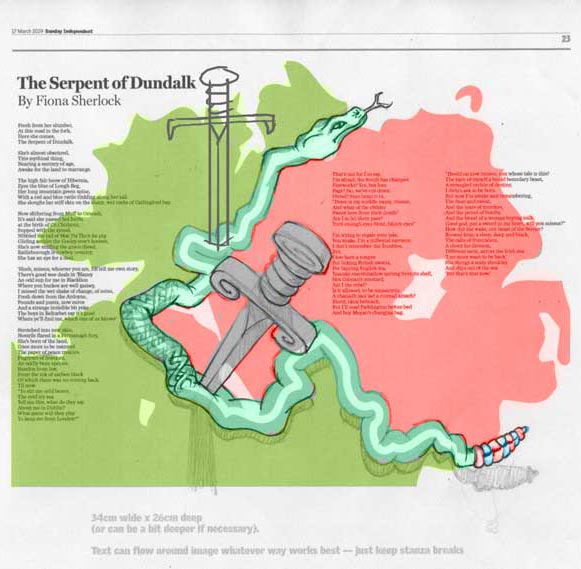 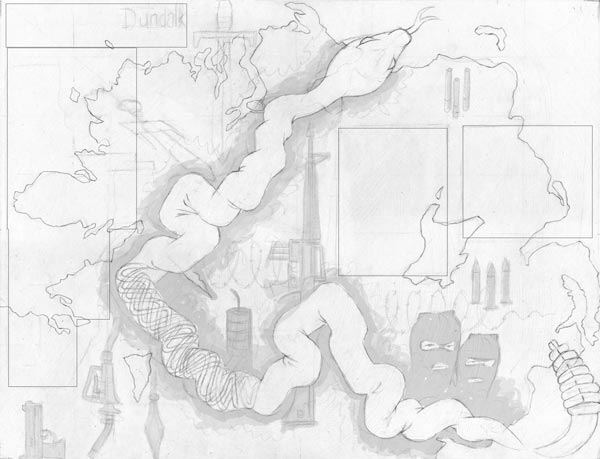 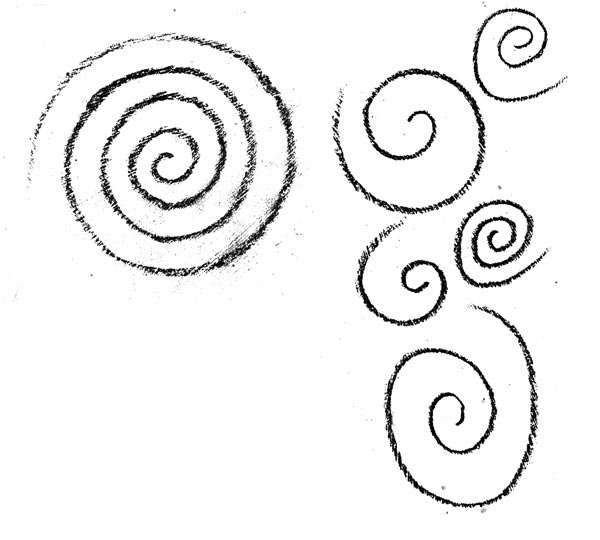