Used in a Sunday Independent newspaper article by Dan O’Brien. Painted and digitally coloured & finished editorial illustration of Theresa May, punch-drunk and seeing stars from the stresses and complexities of the Brexit negotiations.

In empathising with her (even though she’s a Tory Conservative politician) this is how I imagine I’d feel in her position. It’s not a job that I would want, following David Cameron’s self-serving, and probably disastrous Brexit referendum! It’s doubtful that ‘Dave’—or Boris Johnson—will be affected much though.
I should categorically state that I don’t condone violence against women (even a Tory Conservative politician). This is purely a visual metaphor. 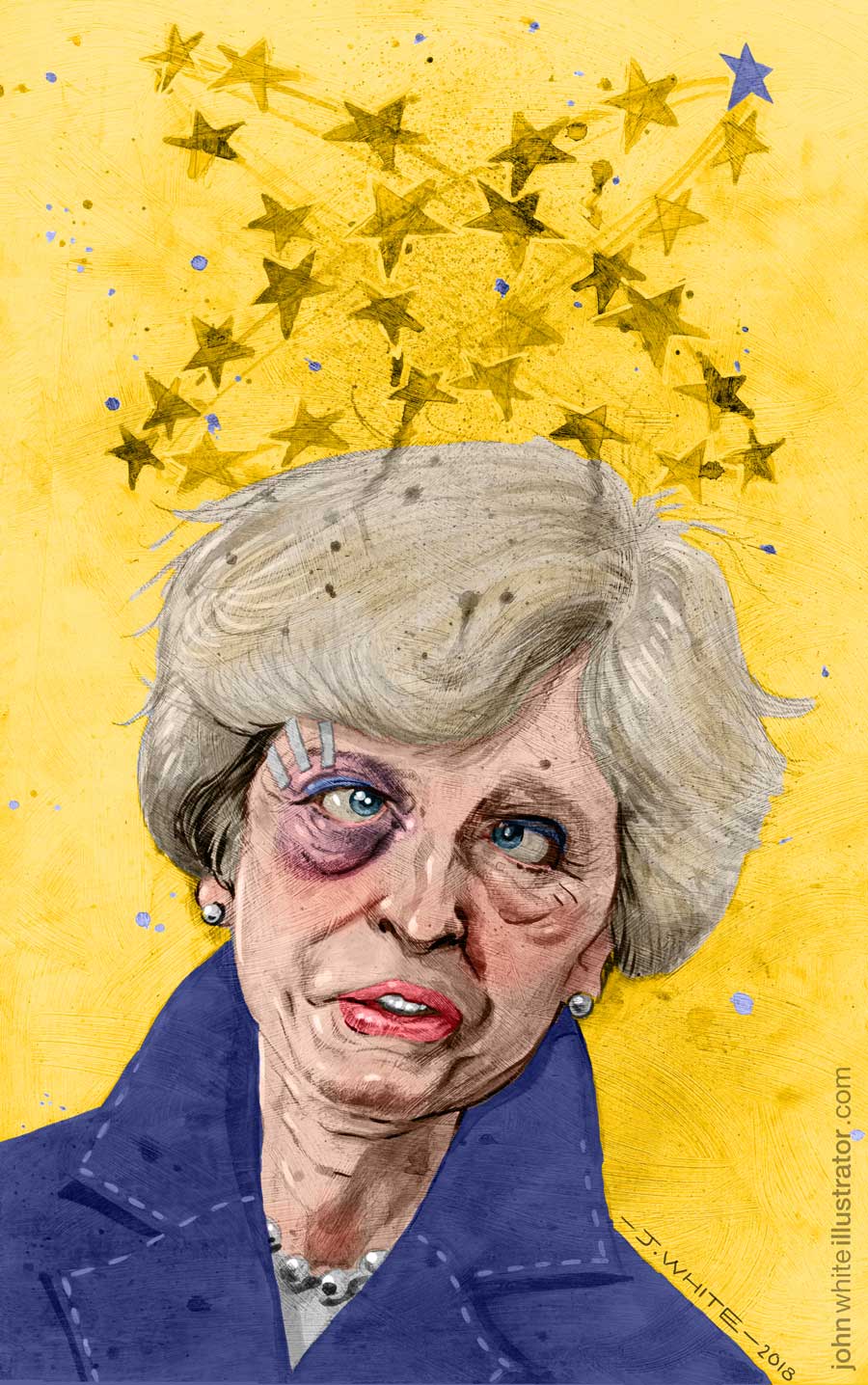 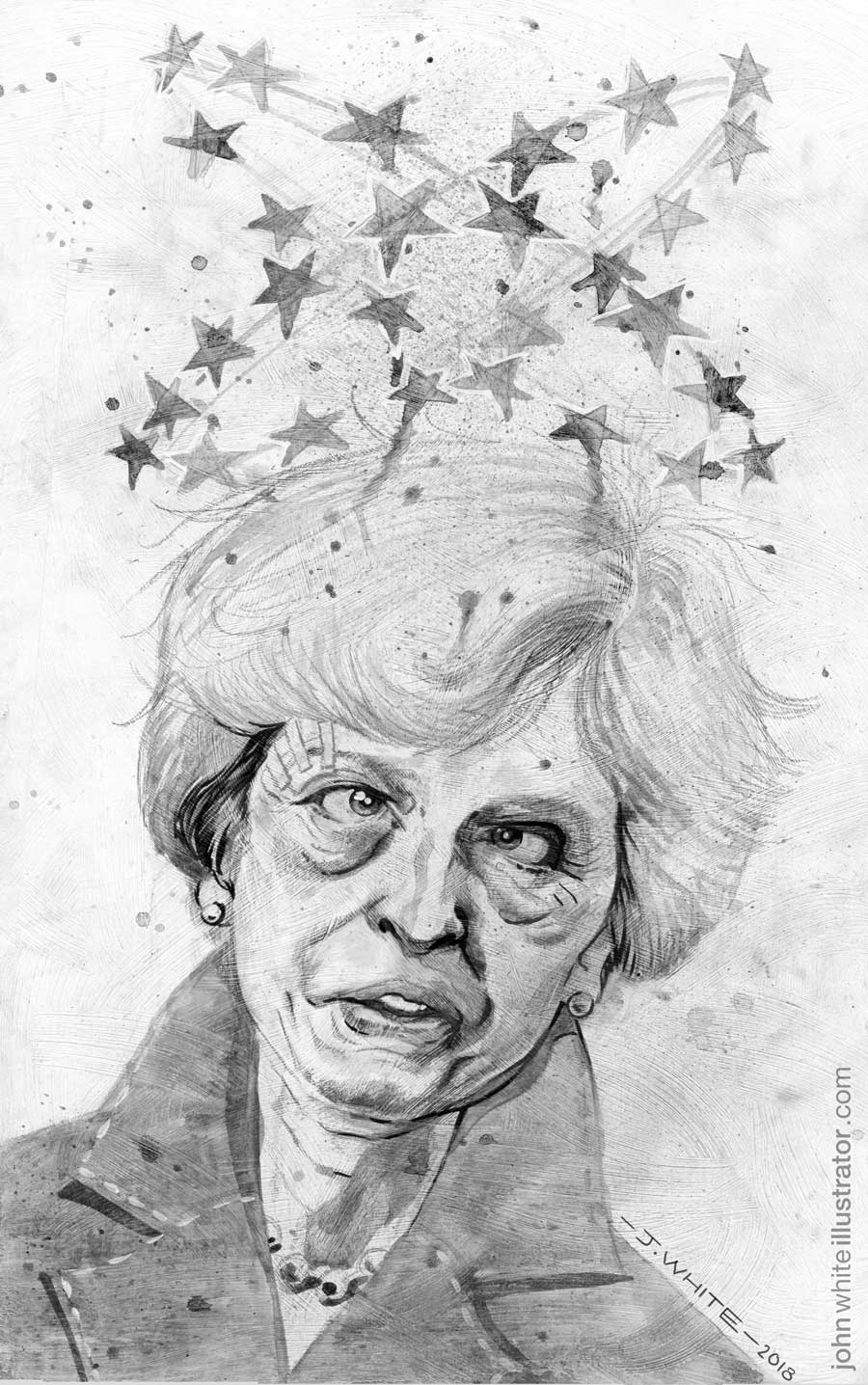