Another of my ‘great musicians‘ portraits: American composer, Philip Glass. Love his music—or not, he’s one of the most significant influences on 20th Century music. This is set in the late 1970s to early 80s.

My own first significant encounter with his music was an art college screening of Godfrey Reggio’s film, KOYAANISQATSI, in the ’80s. That film is still one of my top 3 favourites. I also still love Glass’ score for Einstein on the Beach and some day, I hope to see that opera performed  live. If you’re a Glass-fan, you may spot some ‘easter eggs’ in here. I’ve missed my opportunity to see and hear the live performance and screening of Koyaanisqatsi in Ireland’s National Concert Hall later this year—and Music in 12 Parts. He’ll be ‘Composer in Residence’ for 1 month. I previously missed Steve Reich’s residency, many years ago when I had pneumonia! I wonder if I’ll miss John Adams, if he ever comes over?

I wanted to set up a fairly formal composition, but with lots of fluid elements flowing through it. Another illustrator who might prefer to work in a very clean style—and with vectors, could render this extremely sharply and formally. It could be made to look very mechanical, robotic even, but I didn’t want that. There are scientific and mathematical looking elements in this with what appear to be waveforms, but are more about representing the patterns and flows in his music with its rising and falling arpeggiated figures, counterpoint and pulsing notes—see the simple punctuating treble notes at the top—and fat bass note blocks—centre? So I’ve tried to avoid a sterile and robotic representation of the music and Glass himself, and I’ve also avoided sticking any standard musical notation symbols in there. I know, the bass-blocks should be at the bottom, but I’m not literally interpreting the music here. They are much bigger, fatter elements though. 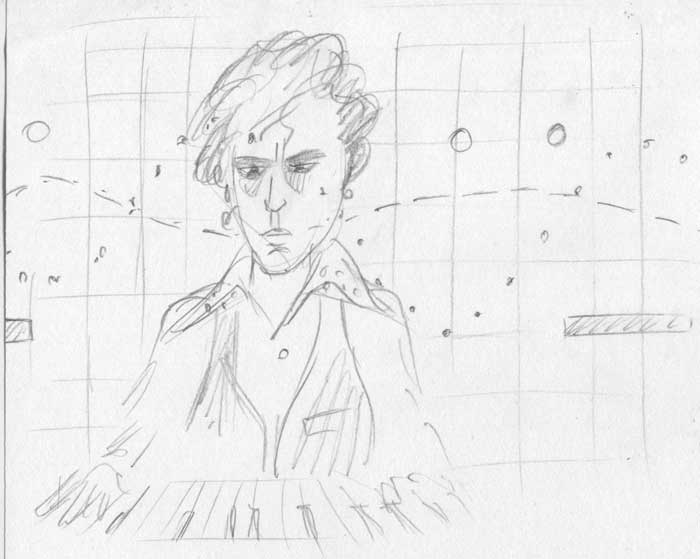 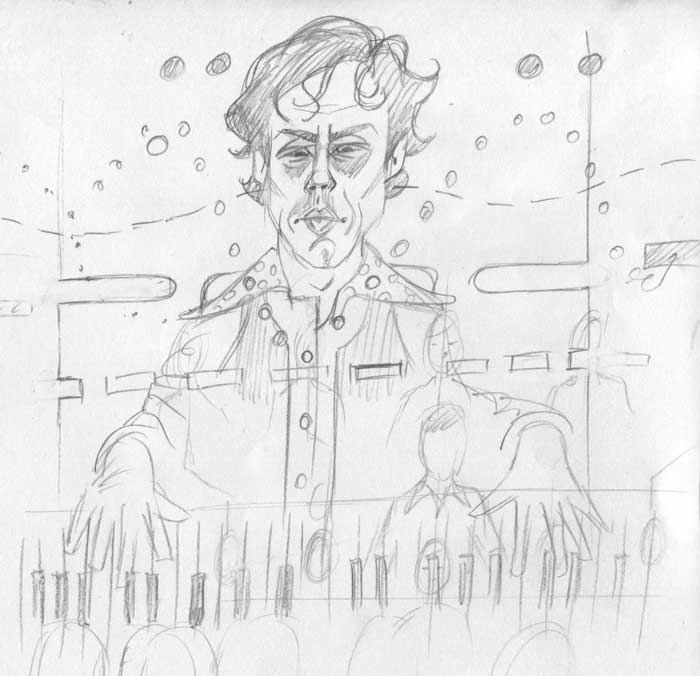