A book cover style illustration about a weird character who was the subject of mass hysteria, and was supposedly sighted  between 1837 and 1904 in Britiain. (Graphite pencil on paper, and Digital)

At a stretch he was a Victorian folk tale character, but the phenomenon was relatively recent and lasted less than 70 years. Sightings were mainly in Lindon but spread to the north, Wales and Scotland. According to Wikipedia, the last allegedly sighting was atop St. Xavier’s church on Salisbury Street in Liverpool. Funnily enough, that was the street on which my grandad Jack went to primary school! There were so many different descriptions of Jack’s appearance and abilities, so I tried to incorporate most of them. Some said he could breathe blue fire, others said he looked devilish. Some said he wore bearskin, others said he wore a white oilskin. It was also said that he had a metal claw on each hand, which he used to tear at the clothes of his female victims.

The most consistently maintained allegation was that he could jump clean over 2 or 3 storey houses! He was mostly made out to be a bad or evil character, but some subsequent recent reworkings of the tales have him as the first ever superhero—Robin Hood style. His boot heels were sometimes said to literally have steel springs in them—which would be perfect for ‘Steampunk’ styling, but I went for a more beastly and supernatural approach, giving him springy goat legs and cloven hooves. (And besides, Steampunk is almost as done to death as Manga at this stage)

One old illustration of him indicates a black top with skeletal white stripes like ribs. I reversed it on his white oilskin top. This is partly because I also fancy doing a picture of ‘Varney the Vampire’ who had skeleton ribs, so I want to save them for him. 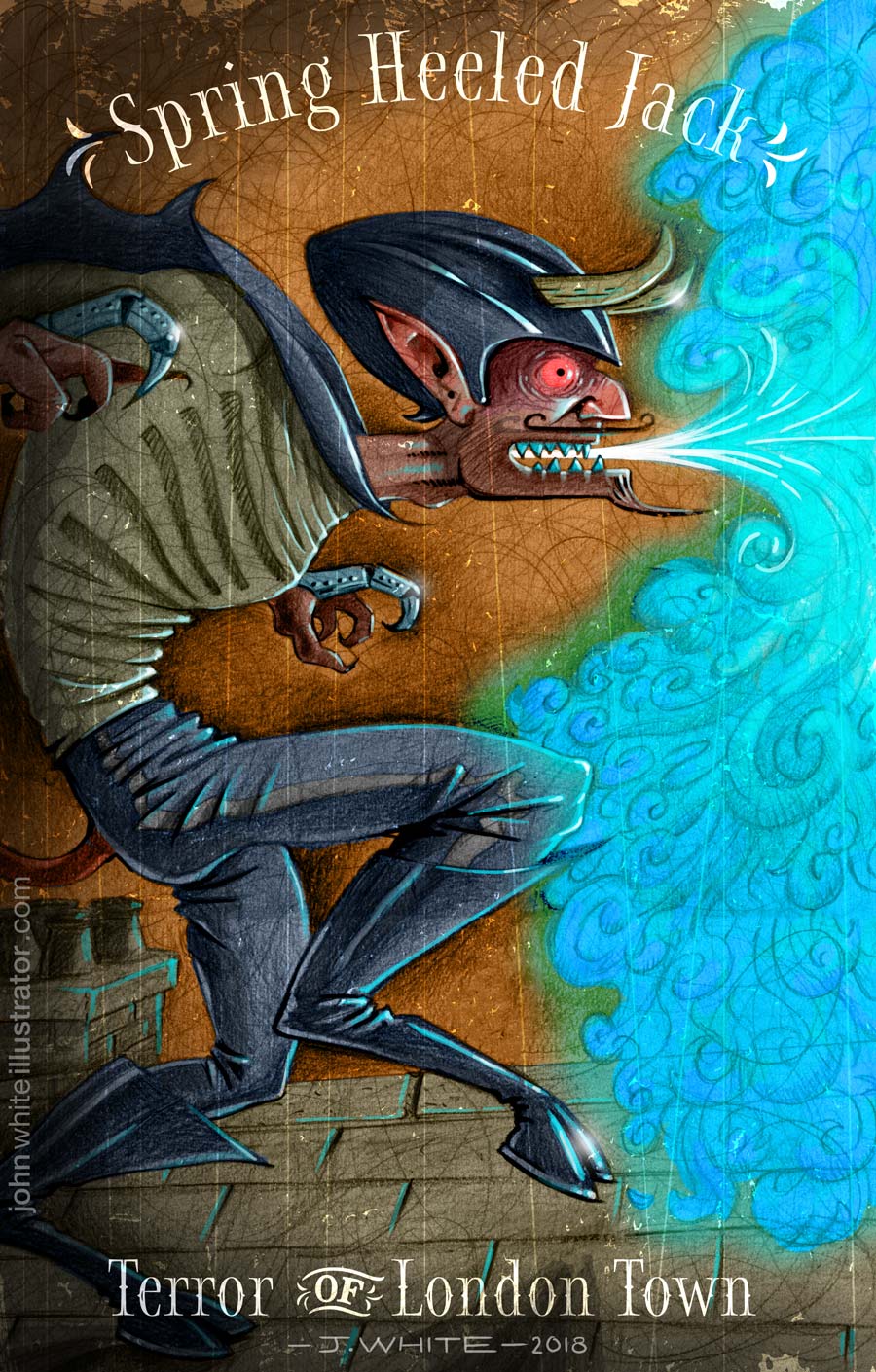 I also did a more battered and distressed looking sepia-toned version, for an old-style ‘Victorian’ look. I hate to think that it looks better with all of the lovely colour that I took the time to add—removed. But here it is. I’d like to do a whole ‘pack’ of these as collectible cards. I remember how much I loved the 1 or 2 classic horror movie cards that someone gave me as a kid. They featured images from the likes of the old Universal Frankenstein, Dracula, Mummy and Wolfman movies, with a silly jokey caption, and a joke on the back. “Death is just nature’s way of telling you to slow down.” Not great, but I still remember it over 40 years later! 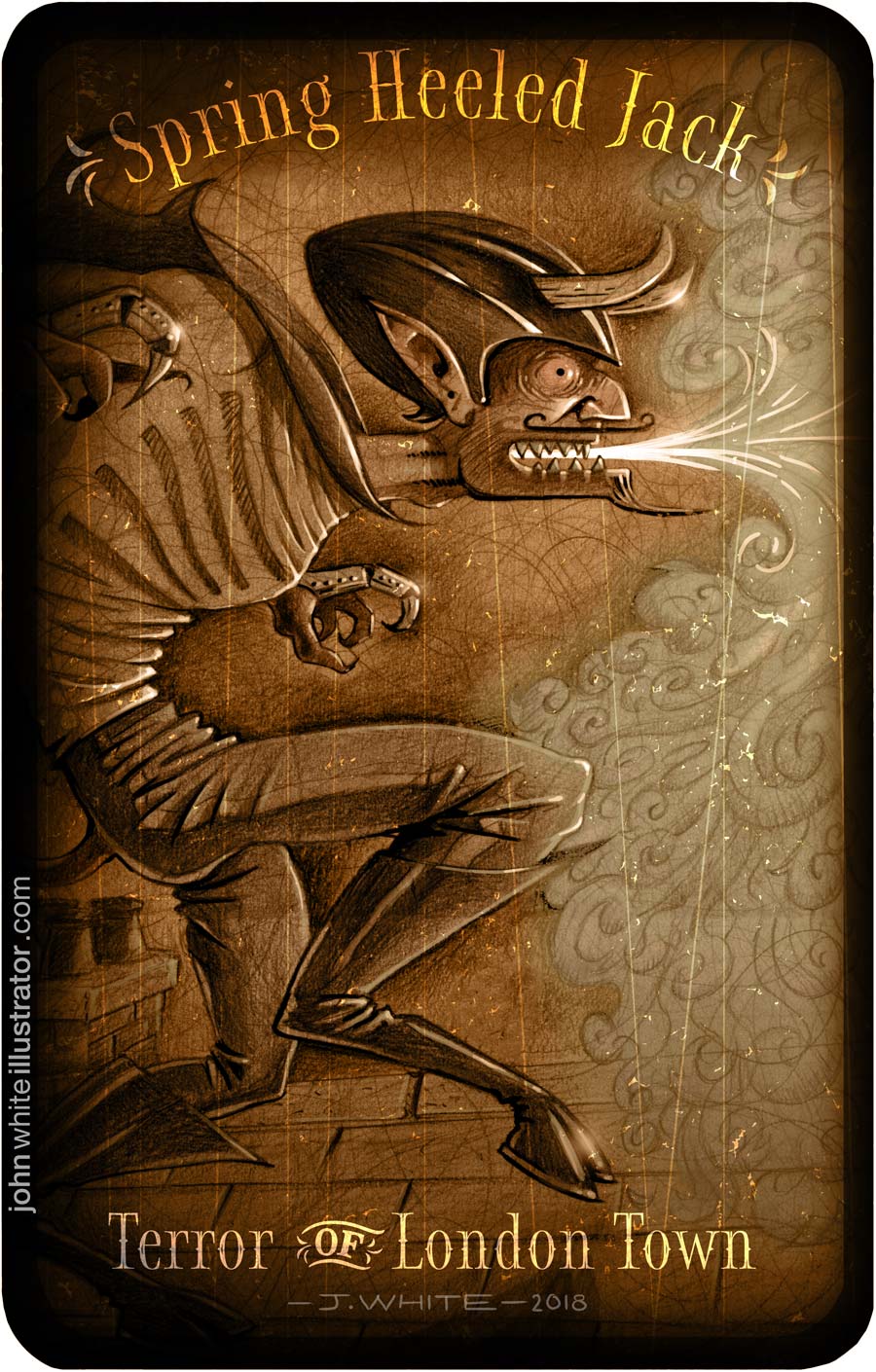