I grabbed paper and paint and dashed this off—with minimum forethought—with no inhibitions—and scanned it into Photoshop to see where I could take it. 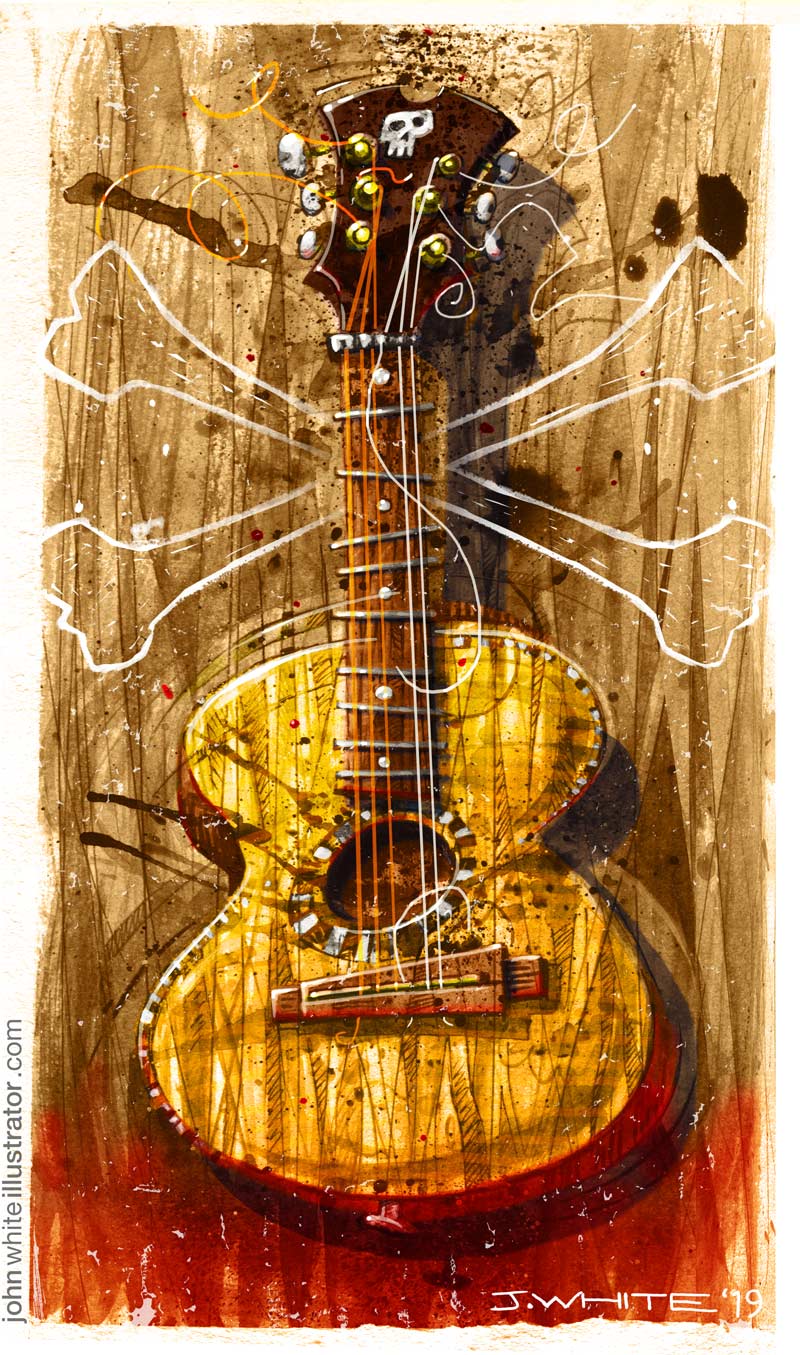 After a week of doing not very creative (and mostly unenjoyable work) I finally got a chance at 5:30pm on a Friday to grab paper and paint and dash this off—with minimum forethought—with no inhibitions—and no logic—and then excitedly got it into Photoshop to see where I could take it.
There was free-association of ideas, some completely unconscious. For example: I added a skull motif to the guitar headstock (top), not knowing why. I had to put something there, and like Francis Bacon “nailing one of his figures to the bed” with a syringe—what he called simply “a formal device” I whacked a skull in there. Note that there were no cross-bones at that point. Only later did I look again at the headstock and realised that it looked a bit like an archetypal pirate captain hat. So I tweaked it to make it look even more so, putting the notch in the top of it. Next, I felt the urge to put in the crossbones.
Why the red glow at the bottom? Maybe I was thinking of the so-called “Devil’s Music” a famous moniker for the Blues. And it’s not the first time I’ve done that on blues-related pieces. See my Robert Johnson illustration, and my own album cover art. Is it supposed to be fire here though? Not necessarily. What would you like it to be? I’d already painted the loose unrealistic shadow behind and on the guitar—on paper, and those shadows don’t make sense if the guitar is subsequently being illuminated strongly from the bottom. But being uninhibited with this piece, I didn’t care. Red fire, blood, who knows? There was no brief and no pressure. I did whatever I felt like doing as the fancy took me!