Concept design illustration for an animation based on Donald Trump, Humpty Dumpty and his ludicrous border wall idea. (Confession: This is the only project which I’ve sneaked into the—Editorial/Newspaper sections—even though it’s an unpublished personal piece. It’s just that it’s very much suited to newspaper and magazine use. 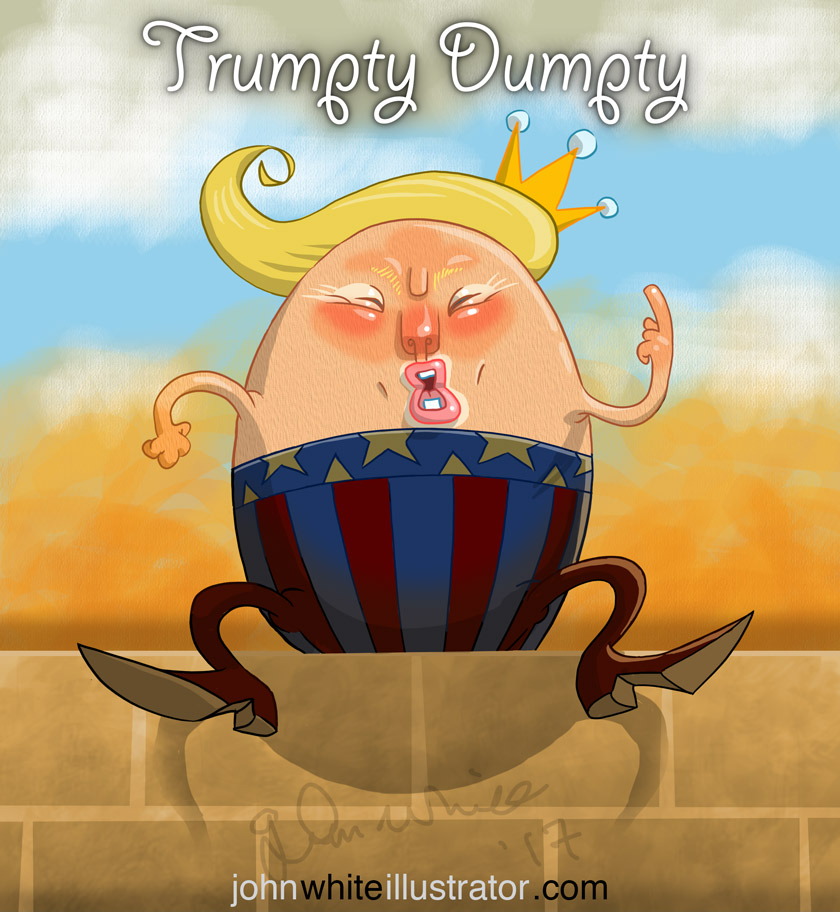 Working on a short animation storyboard project based on a nursery rhyme—this popped into my head. Unfortunately. Now I can’t get it out and must exorcise it. All of this was created in Adobe Photoshop, drawn on a Wacom tablet.

One of the theories about the origin of the nursery rhyme—which I find very plausible—is that Humpty Dumpty was a a large defensive cannon, which was placed on a castle or fortress wall. When it was fired, the recoil shockwaves so damaged the wall that they collapsed from under Humpty, ‘who’ had a great fall and was damaged so badly that… well, you know the rest.

Of course all of this ties in very nicely with the “My button is bigger than yours” tweet.

So, do you think it’s the type of artwork that creative people, when interviewed, sometimes evasively and diplomatically term “affectionately poking fun” ?

Quite frankly… no. Believe me: it’s todally not. To be honest, this I can tell you. Bigly. (repeat twice more)

See some more of my caricature/cartoon illustrations»