‘Riding out the Hurricane.’ My cover design and illustrations for the 2011 Silver Nautilus Award-winning novel by Maeve McMahon. With a cover endorsement by Bishop Desmond Tutu. 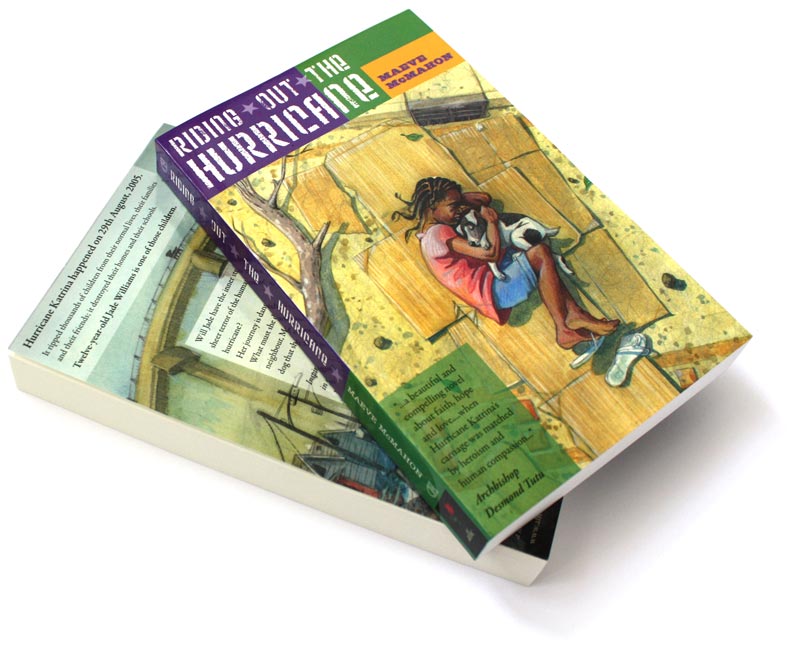 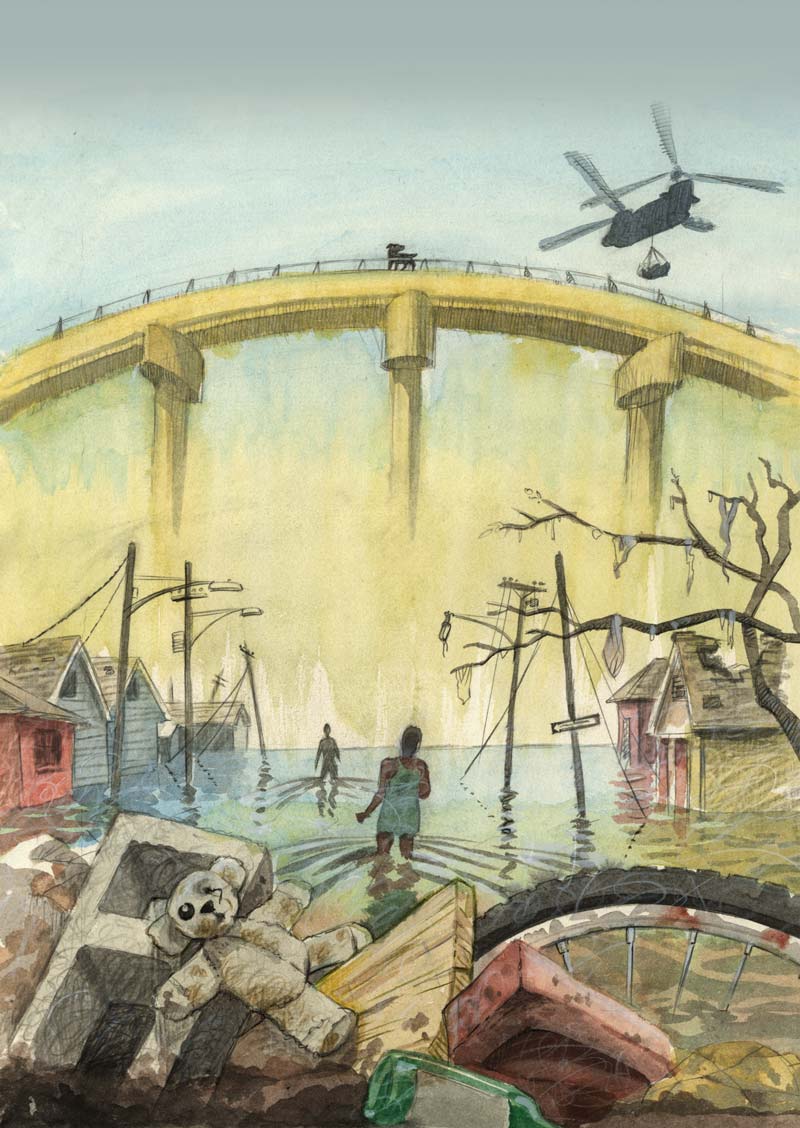 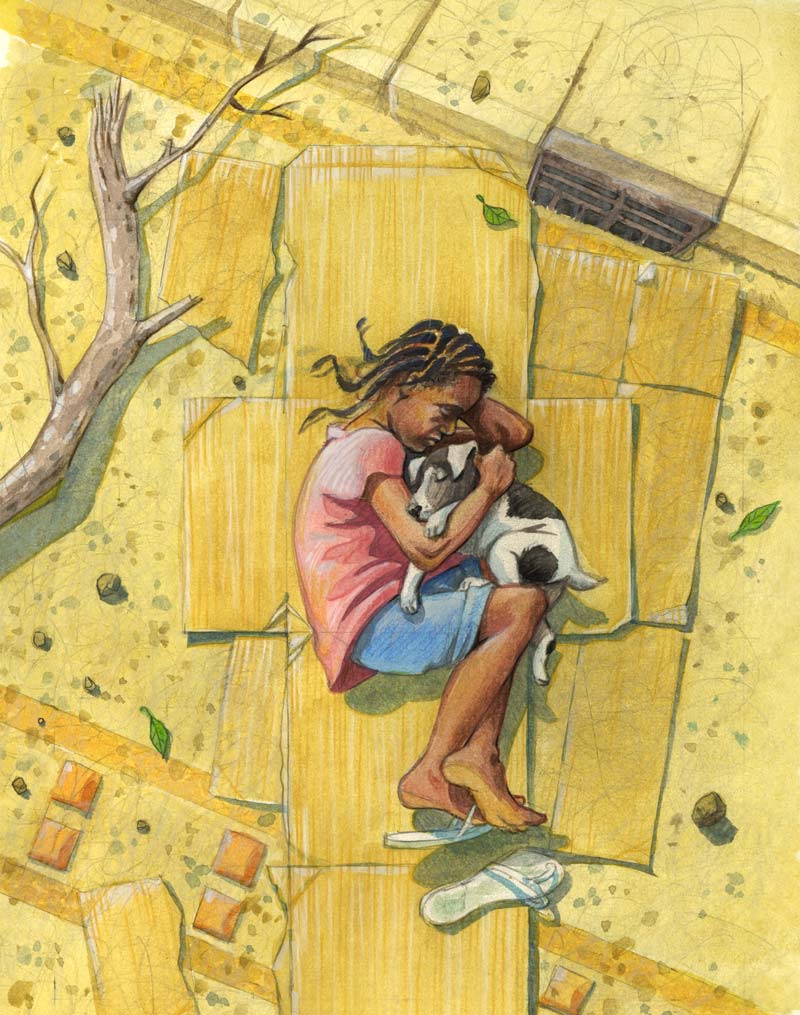 Background to the story

It’s an excellent story about the disaster in Louisiana, and its terrible aftermath. The writer, Maeve, actually lived through the disaster herself and saw the school she helped to set up, and that she worked in—washed away.

Two previously submitted designs weren’t hitting the mark so my services were called upon. The book and its cover was being judged by Louisiana people – including the black community. I’ve been pretty ignorant of the culture there but the finished cover has received a big big stamp of approval.

It was a very enjoyable and satisfying piece to work on and the conversations I had with the author and the many doodles and sketches I produced helped me to hit that mark.

The eureka moment was at 2am as I read the book. I suddenly wondered what shape a corrugated cardboard box would make if opened out? This item was the first piece of comfort the protagonists experienced in days following the initial storm and flood. As it happened – it didn’t make a cross but with a little judicial tearing I was able to achieve an impression of it – subtly. Maeve’s an Irish nun and she says the book has a strong spiritual element. I managed to hint at this but without putting too much weight on it.