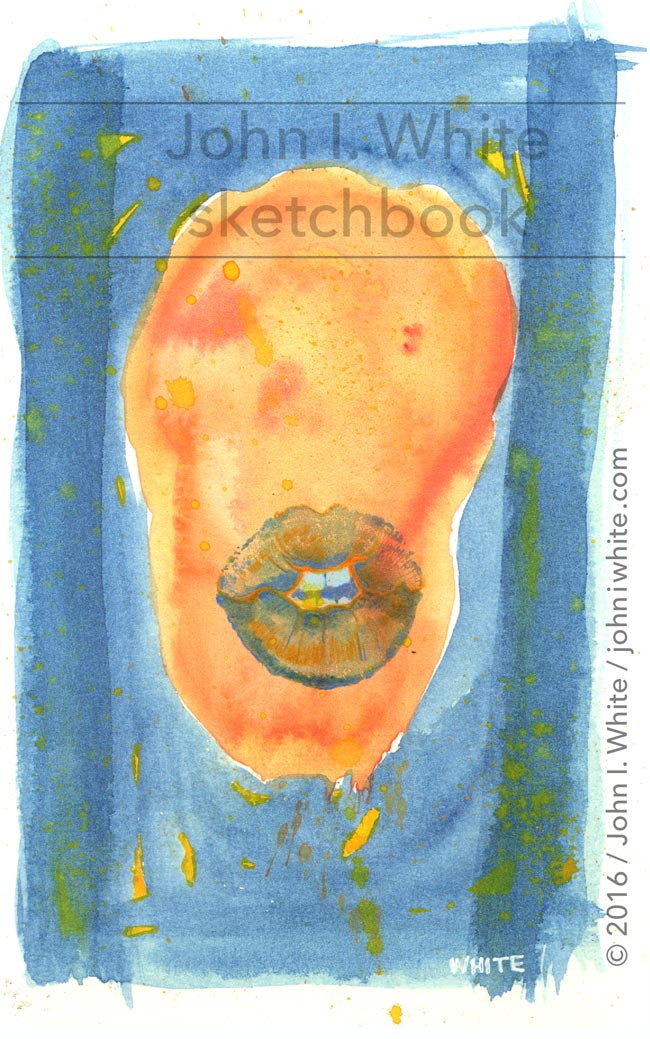 Done in gouache and watercolour, with a touch of Polychromo pencil to sharpen it up, on A4 sketchbook.

The lips are actually directly mono-printed from my lips—which I’d covered in paint—onto the paper!

I’m not sure how this came about, but I think I was just getting into the paintings of Francis Bacon at that time, and I might have seen a bit of the Beckett play ‘Not I‘.

I was also experimenting with doing painted illustrations for the Newspapers—usually in Black & White. I had varying degrees of success with those though because their multi-tonal nature. Black pen was always fine for newspapers, but if you wanted to have greys in your image, you specified that they used a half-tone screen. Sometimes, not often, that wasn’t done and the results weren’t pretty. There was also a risk of the image looking a bit washed out and pale as it was printed in half-tone dots.