T na G Anseo aghaibh. Illustration for an article by Ken Murray, for The Sunday Independent 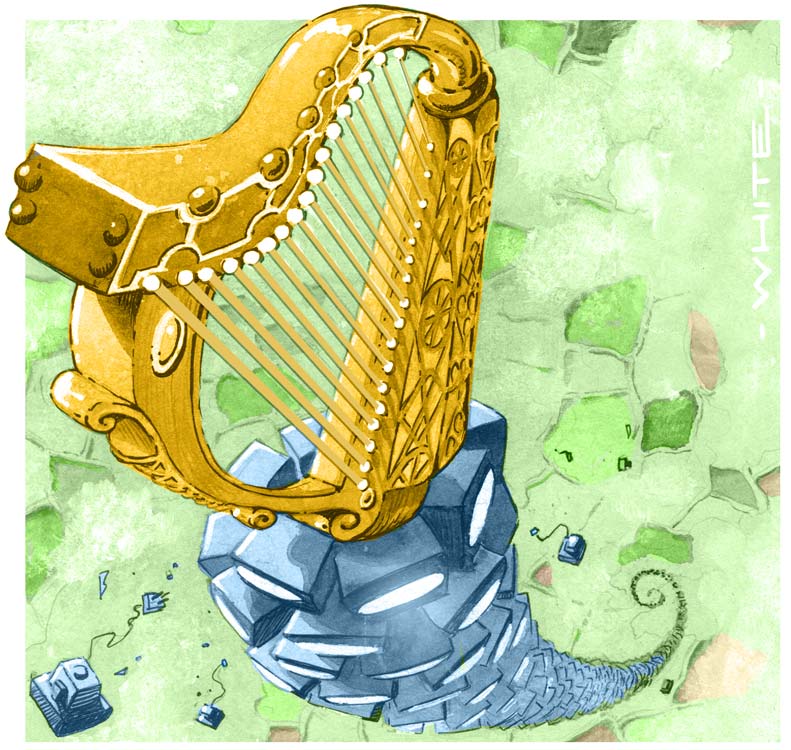 I loved painting this one and particularly like the shape of the spiralling stack of televisions, receding into the distance. I’ll bet that I had a Jack and the Beanstalk picture book—unconsciously—in my mind as I did it. Childhood influences are amazing things. Looking at it now, I think I’d like to do a colourised version of this.

The article seemed to be about Tele na Gael being ‘propped-up’ by license payer’s money, at least that’s what I recall of it, and what the illustration seems to suggest. Either that, or that the Irish Language was being propped-up by the media.

Lately on right-wing radio in Ireland there’s been renewed grumbling by presenters and their quasi-tea-partyish listeners about having to pay a TV license for A. Channels they don’t watch, B. Programmes that they think are crap, and C. supoorting the Irish langage—which apparently—”nobody” in Ireland speaks anymore.

Oh, and for quality, unbiased news services which are, oh, let’s see… fundamental to protecting democracies.