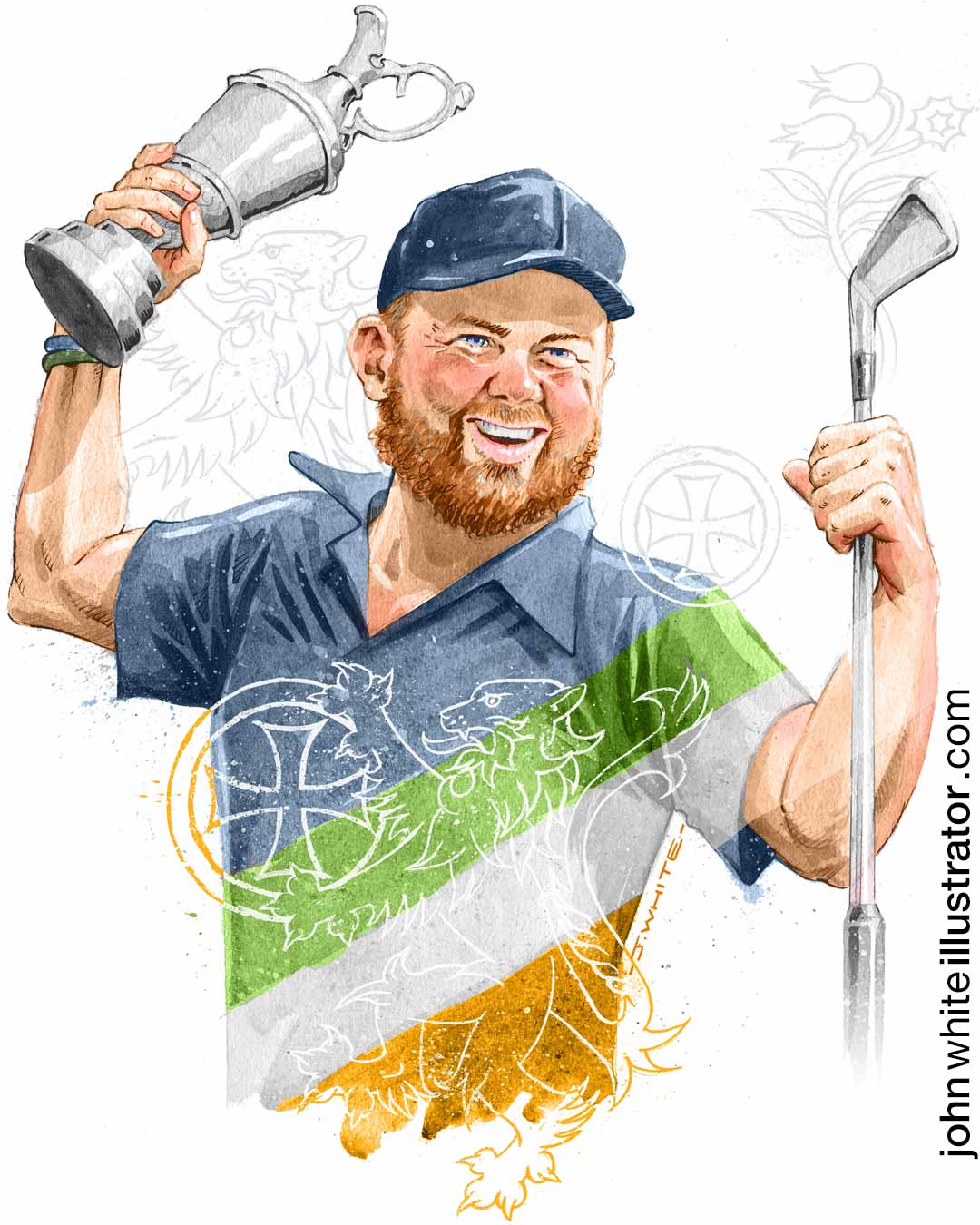 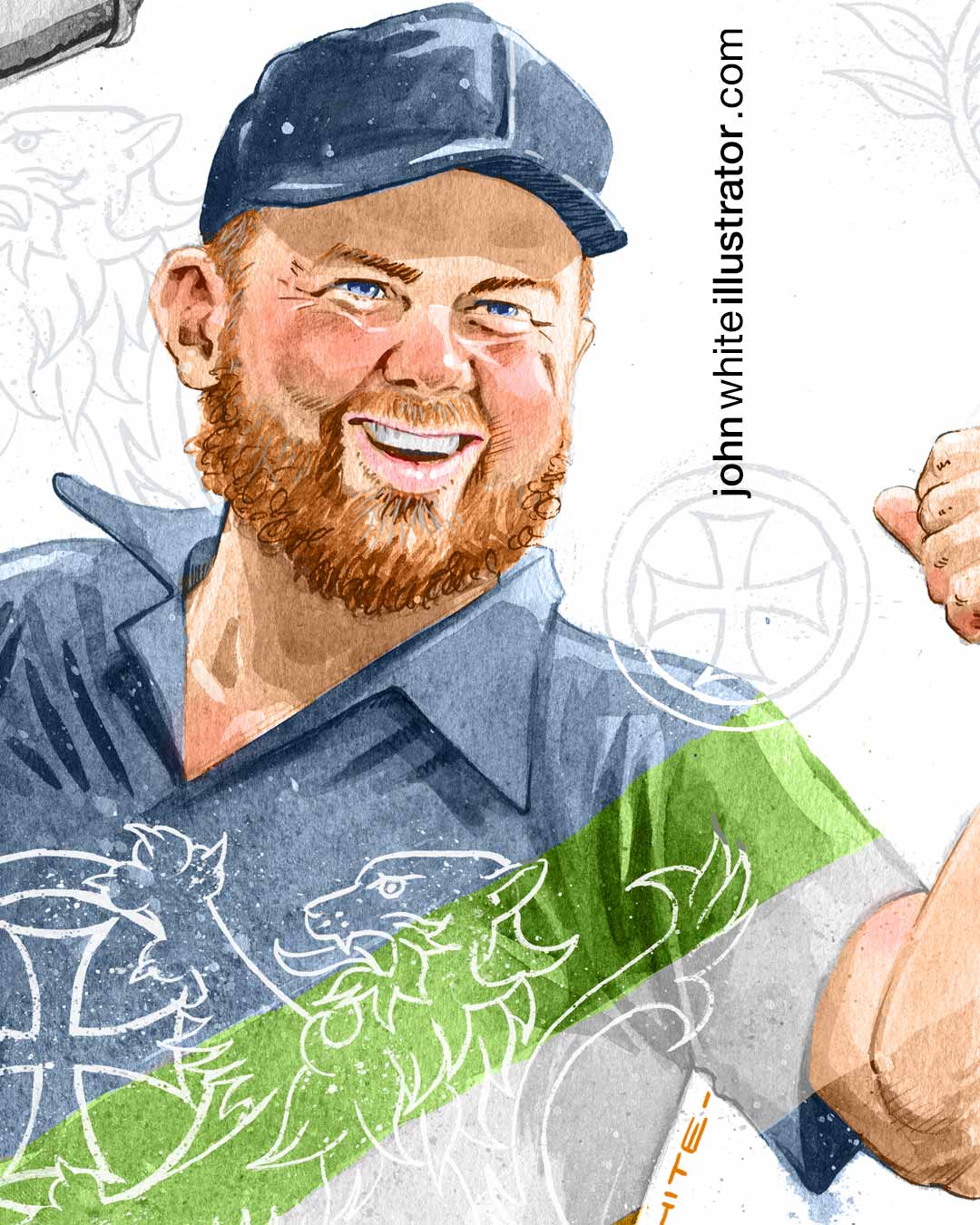 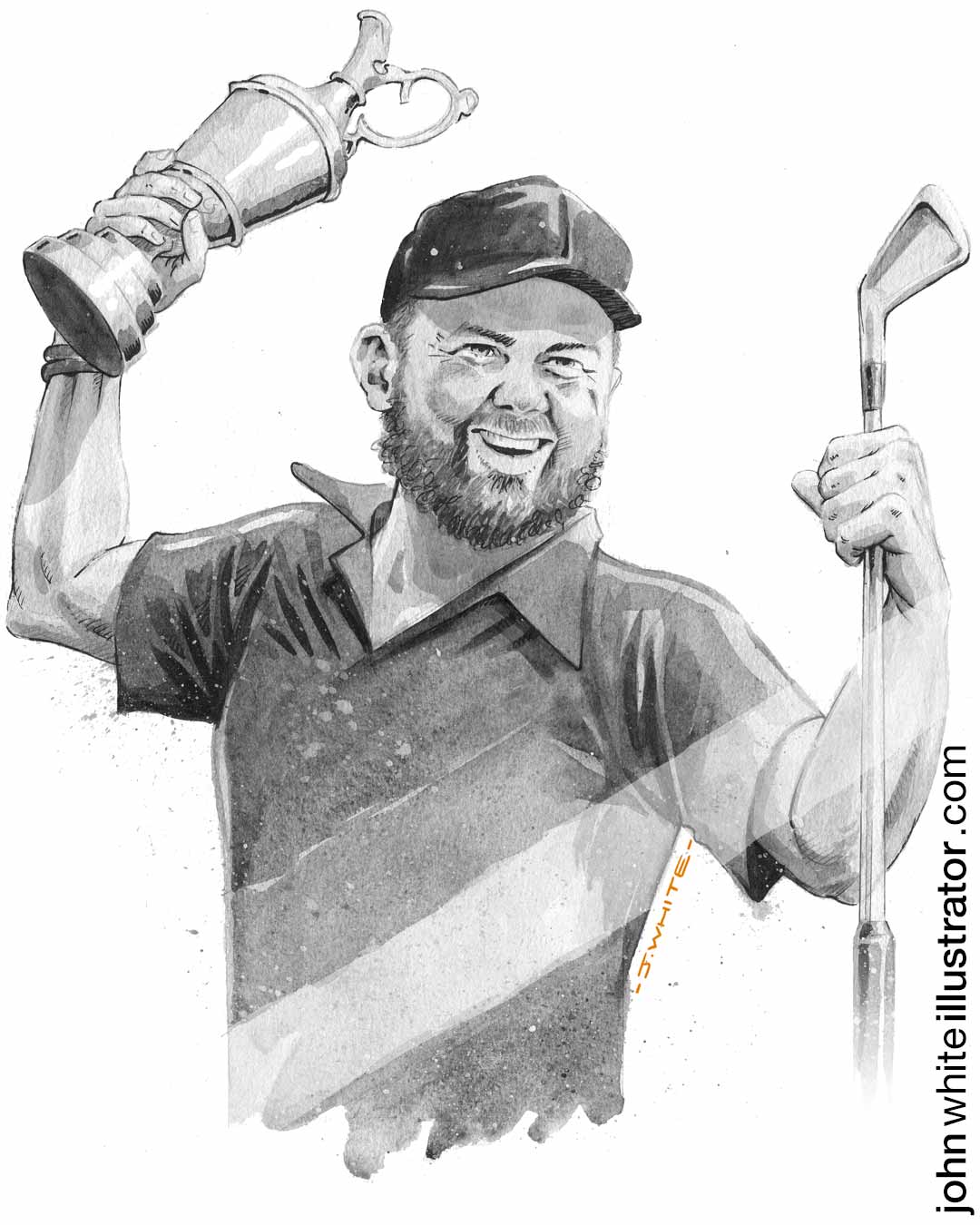 It would have been very easy to depict Shane in a straight-forward portrait. But Eugene’s article was about county pride—even pride of the town of Tullamore, County Offaly. So I wanted to incorporate as much of that as I could design into it. And the design was important. It also would have been easy to just stick an Offaly flag behind Shane, but I wanted more than that simplistic approach.

So I took elements of the Offaly flag and incorporated the motifs and colours around and into Shane. I was very keen on the notion of County Offaly—and Tullamore town folk especially—tearing the page out of the paper and putting it on their walls. A sort of souvenir piece.